Rushen Abbey is an abbey on the Isle of Man, located near Ballasalla. Originally home for monks of the Savignac order,[1] it soon came under Cistercian control and remained so until its dissolution. The abbey is located two miles from Castle Rushen; the most important political entity on the island in medieval times.

The abbey was founded in 1134, under King Olaf I‘s control. He granted the land to Savignac monks from Furness Abbey. In 1147 the abbey came under Cistercian rule following the merging of the Savignac and Cistercian orders. The abbey church dedicated to St Mary was completed in 1257. The abbey was dissolved in 16th century. In the early 1900s, the abbey ruins became a popular tourist destination, famous for the strawberries and cream served in its gardens. After falling into disrepair after World War II, the abbey was acquired by Manx National Heritage in May 1998, and restorations have now been made. Soon after, excavations began and archaeologists were able to discover more about the monks’ way of life and practices.

The abbey is now a heritage centre (part of the ‘Story of Mann’) with a building containing artefacts and telling the history of Rushen Abbey and the surrounding area. The remains of the original abbey have been restored and walkways constructed to allow visitors to get a close look. Between April and October the abbey is open to the public and an admission fee is payable. Before accessing the abbey gardens, visitors must walk through a museum that explains the role of the abbey. There is interactive, audio and video material available. At the museum’s conclusion, there is an area designed for children, allowing them to build an arch and discover the monastery’s history in a way that is more appealing to them.

The Chronicles of Mann were written at Rushen Abbey, as were many other important documents relating to the island. The abbey is significant in this respect, as it would have been the centre of knowledge and literacy on the island.

This article uses material from the Wikipedia article Rushen Abbey, which is released under the Creative Commons Attribution-Share-Alike License 3.0. 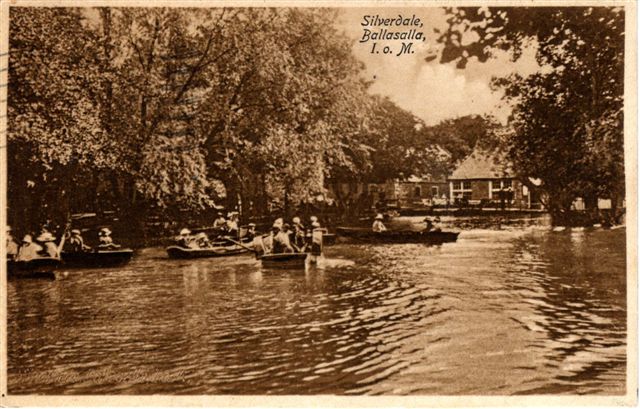